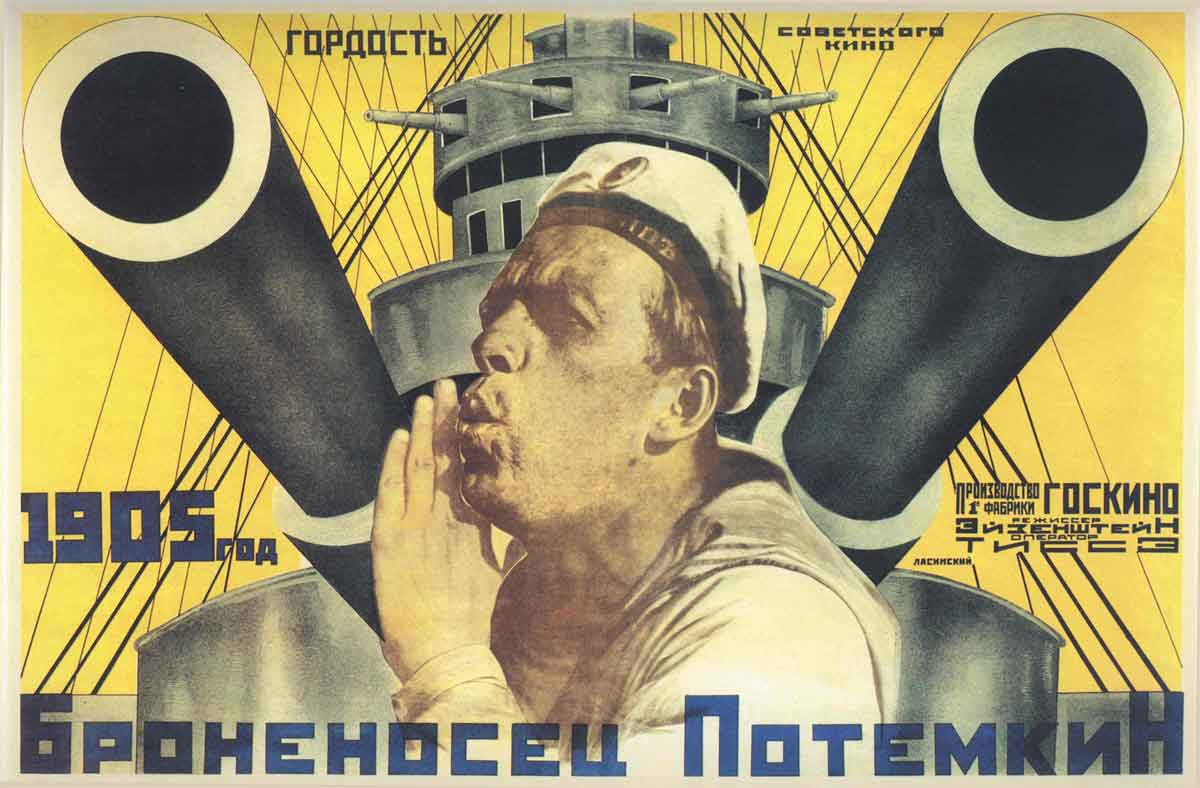 Sergei Eisenstein’s 1925 masterpiece has remained the most influential silent film of all time, considered one of the most important films in the history of silent pictures, as well as possibly Eisenstein’s greatest work. Battleship Potemkin brought Eisenstein’s theories of cinema art to the world in a powerful showcase: his emphasis on montage, his stress of intellectual juxtaposition, and his treatment of the mass instead of the individual as the protagonist.

To retain its relevance as a propaganda film for each new generation, Eisenstein hoped that the score would be rewritten every 20 years. What Eisenstein did not foresee was that because “musicalized silent films” became a genre per se, there were many more soundtracks for this film than he could ever hope for…

Almost a century after it’s premiere in 1926 and according to Eisenstein’s wish, this version will represent the sixth generation of scores for the film. The score will be written by Modelo62’s artistic and musical director Ezequiel Menalled and the instrumentation will consist of an ensemble of similar size of the original from 1926, although with a different instrumental combination and including the use of electronic sounds.
On it, there will be different simultaneous discursive layers: the first one will be the sounds produced by the ensemble itself; the second one, electronic sounds derived from remnants of previous soundtracks for the film; and the third and last layer will be some scattered sounds alla Foley (making the sounds of the actions and objects displayed in the film) but applied in a free and creative way.
The participation of EM62 in the Sounds of Silence Festival is financially supported by Gemeente Den Haag.
Back